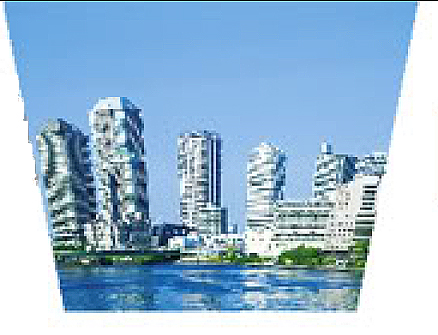 You’ve set up your projector but your image is distorted.

Learn how to counter the keystone effect.

In order to display the correct picture, your projector must be properly aligned with the screen. If there isn’t the proper perpendicular alignment, the projector image will look like a trapezoid rather than a square.

The keystone effect can be frustrating for both the presenter and viewers. It’s distracting to have an off-angled projector image and may make your presentation look unprofessional.

The old school approach was to prop up the projector with books or furniture to correct the angle for a proper projector image. Today’s current projectors are a bit more sophisticated but the principal remains the same: Correct the angle.

You can correct keystone problems either manually or using the keystone correction, a feature that most 1080p projectors now carry.

At times you will not be able to control your presentation space, particularly if you are on the road with your projector. The new DLP projectors are equipped with digital keystone correction allowing the projector to resize the projector image so it appears square.

Many projectors have a keystone menu button to digitally adjust the image. With other projectors you access keystone through the Picture menu and press the Up/Down arrows to adjust the projector image. The default setting will be at 50, which means no adjustment has been made.

Use digital keystone correction as a last resort since it involves scaling the projector image and this can create visual distortions. It doesn’t create the ideal picture quality especially with graphics and charts, which can be an important feature in business presentations.

Setting up your projector correctly is the best way to solve the keystone effect.