Learning how to fly the Lutema R/C Helicopter

Use these handy tips to get flying with your new Lutema R/C Helicopter!

Your Lutema RC Helicopter MIT35CLH/ MIT35CLHY offers hours of fun. If this is your first remote control helicopter, you’ll need some practice with the remote control.

Here are some tips to get your started on the road to flying like a pro! 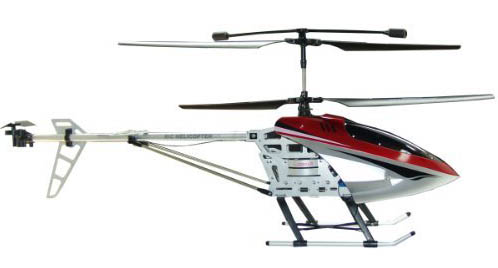 The first thing you’ll need to do is to charge your Lutema R/C helicopter. Since lithium batteries can heat up quickly, be sure to monitor your helicopter while the battery is recharging. When you’re waiting get your space ready. Move any objects out of the way and may sure you have enough clear space to fly the helicopter without running into any objects.

Before starting to fly, get your flying area set up properly. Make sure the Lutema RC helicopter is turned off and the remote control throttle is all the way down. This will make sure the helicopter doesn’t fly off randomly before you’ve taken control and end up hitting someone or crashing into something.

Your remote has three main controls that will help you control the Lutema R/C helicopter.

When the Lutema R/C helicopter is on and ready to fly practice these moves:

Once you’re comfortable with getting the Lutema RC helicopter off the ground, try doing some maneuvers:

Keep practicing these moves until they come automatically to you. You’ll soon be flying like a pro in no time at all. Check out the Lutema R/C helicopter video below for more Lutema MIT35CLH/ MIT35CLHY remote helicopter flying tips.